Initially, stained glass windows were installed in Catholic churches to convey the meaning of Bible stories through images instead of text, as many parishioners were illiterate and could not read. 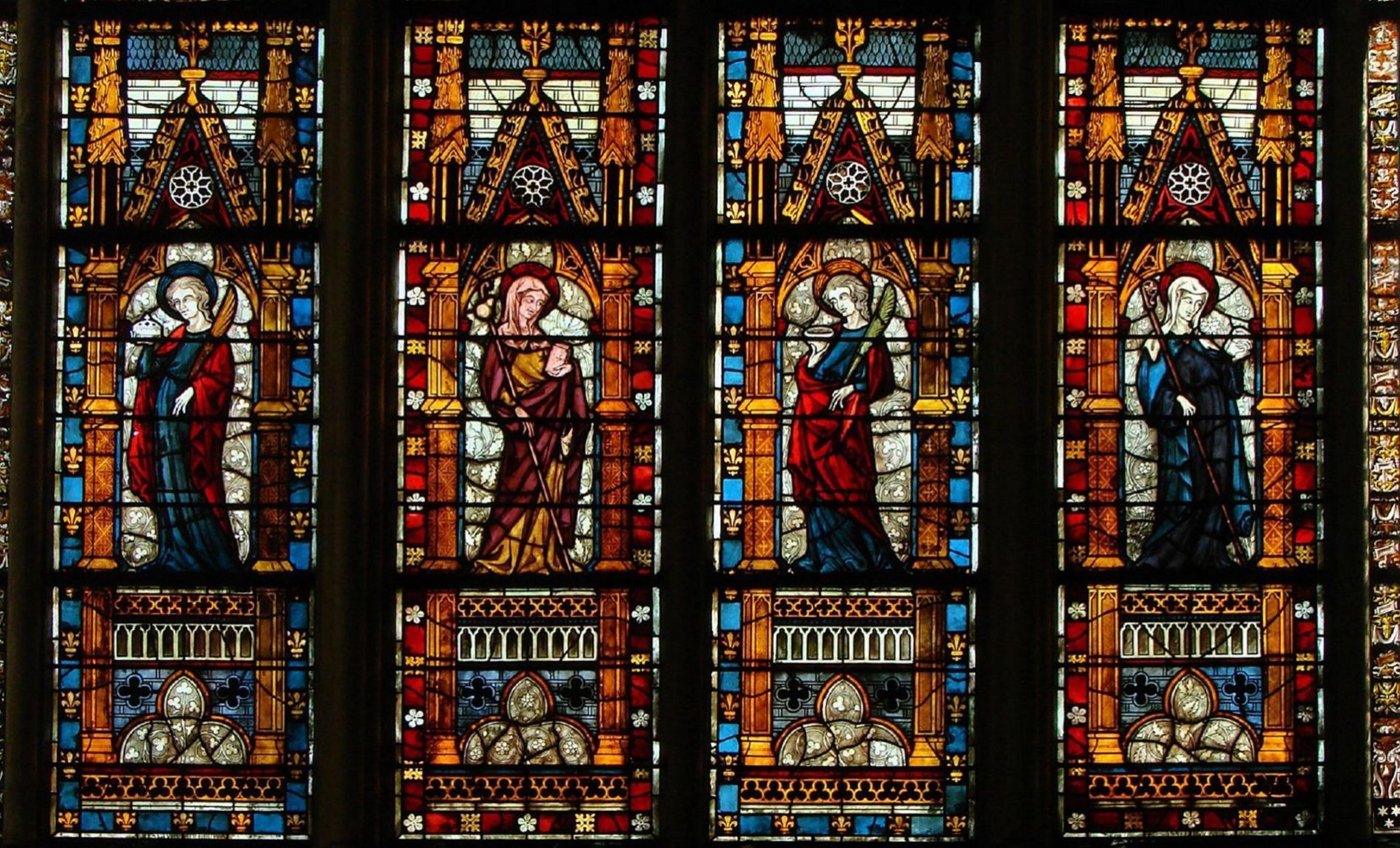 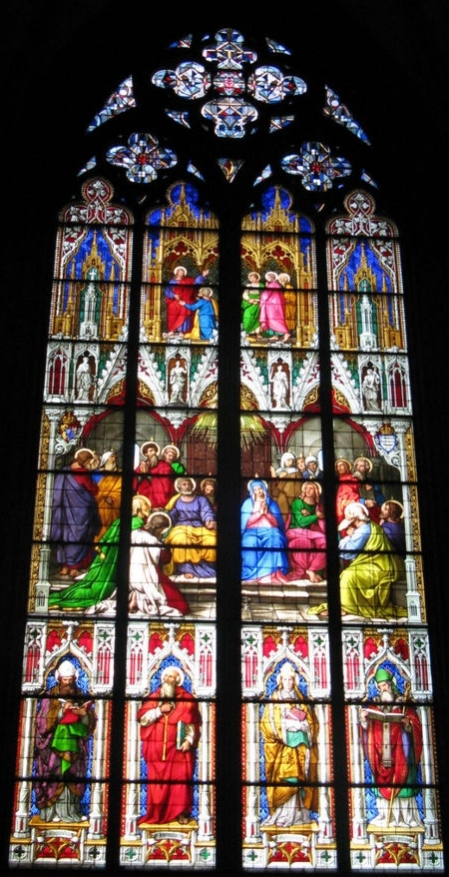 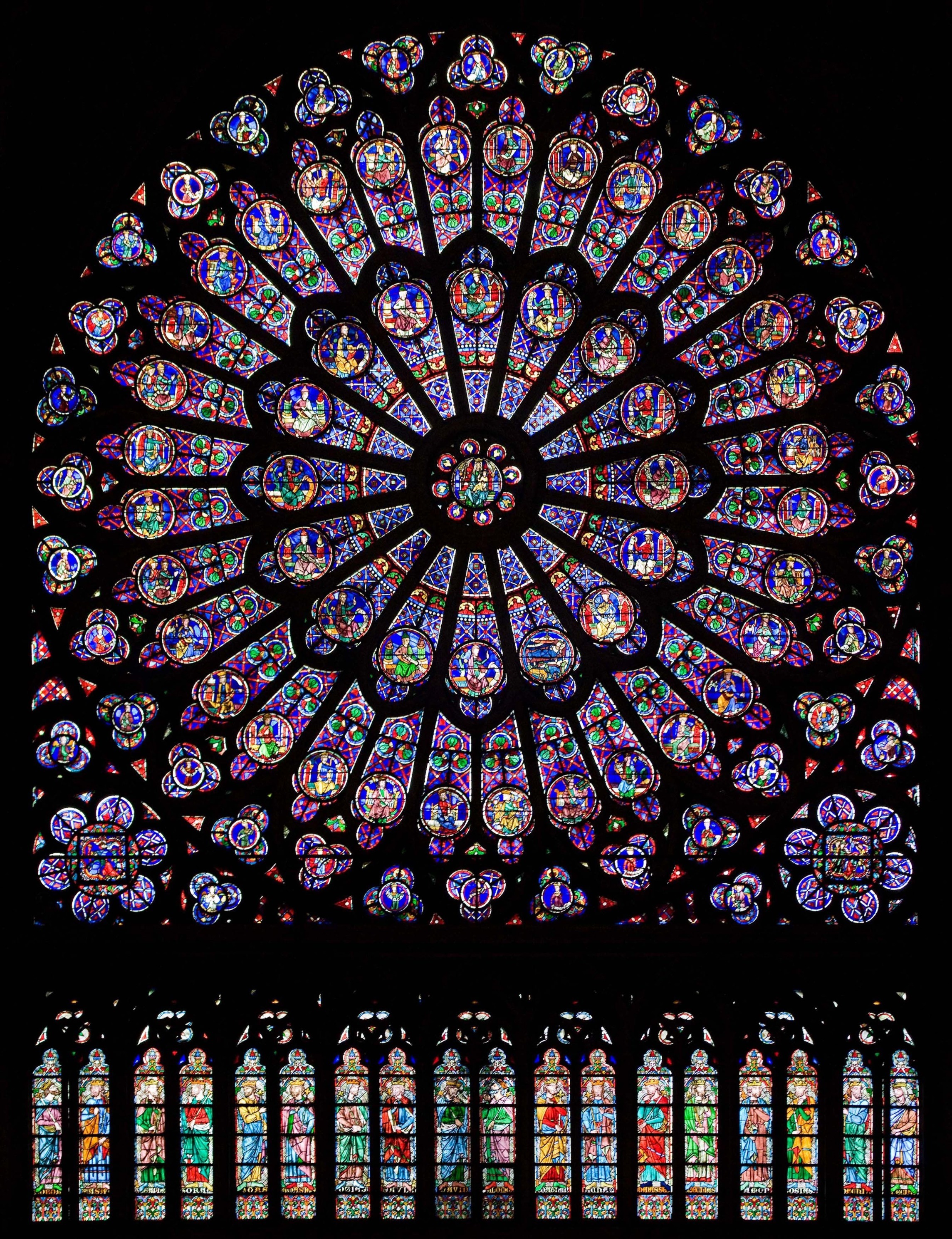 Between the Renaissance and the mid-nineteenth century, demand for stained glass fell sharply. To some extent, this was due to changes in religious norms at the time – the church supported art, and new Protestants did not believe in bizarre art and decoration. Until 1640, stained glass was a rarity, and only for houses and town halls used small panels with heraldry. The British Parliament demanded that all images of the Virgin Mary and the Trinity be removed from churches, so many stained glass windows were smashed by fanatical vandals. The demolition stopped only because the replacement of windows was too expensive. The art of stained glass was lost for many years.

More than half of the stained glass windows in medieval England remain in York Minster, a Gothic cathedral in York, England, pictured with Cologne Cathedral (pictured below) for the title of the largest medieval church in northern Europe.

A great example of Gothic stained glass is the chapel of Notre-Dame de Paris in France (pictured above and below), which houses one of the world’s largest round rosette windows. 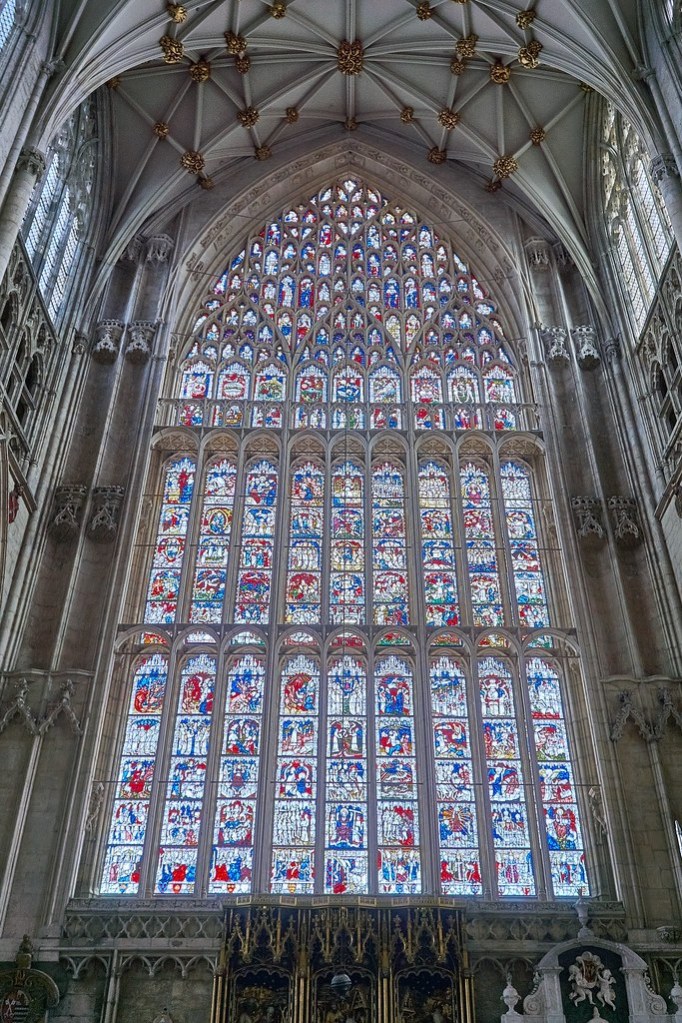 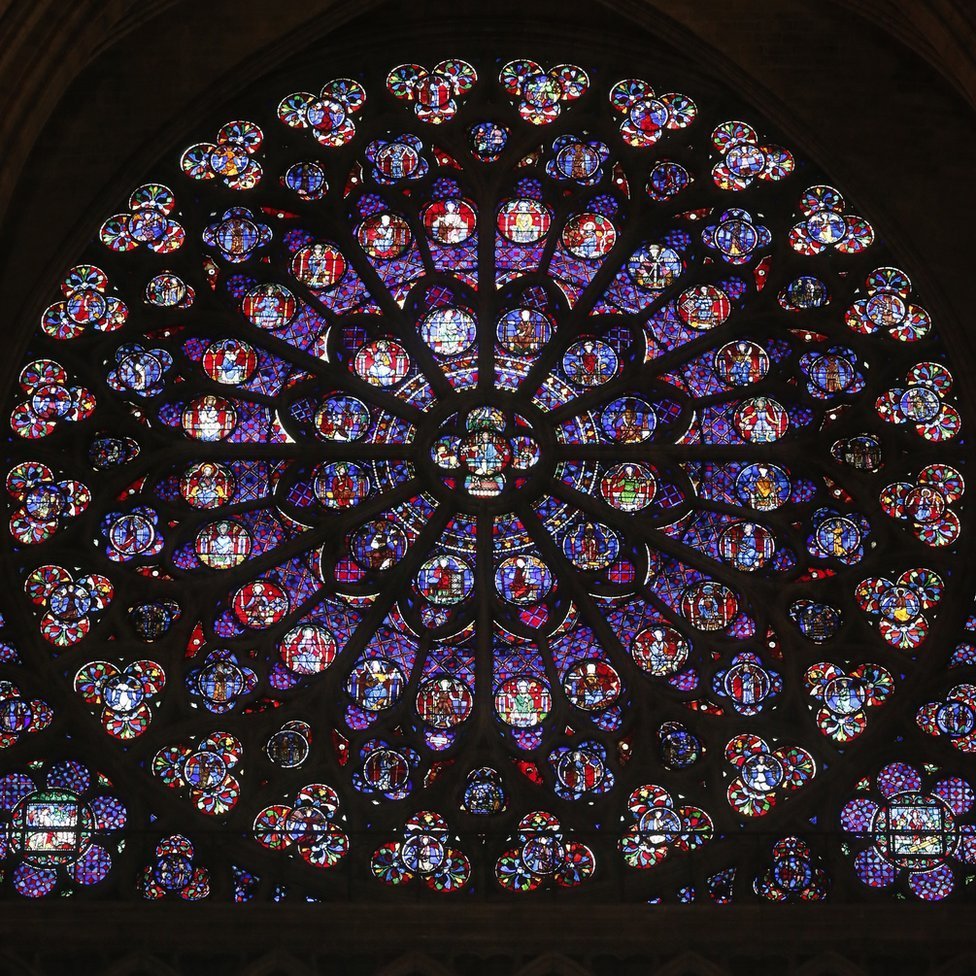 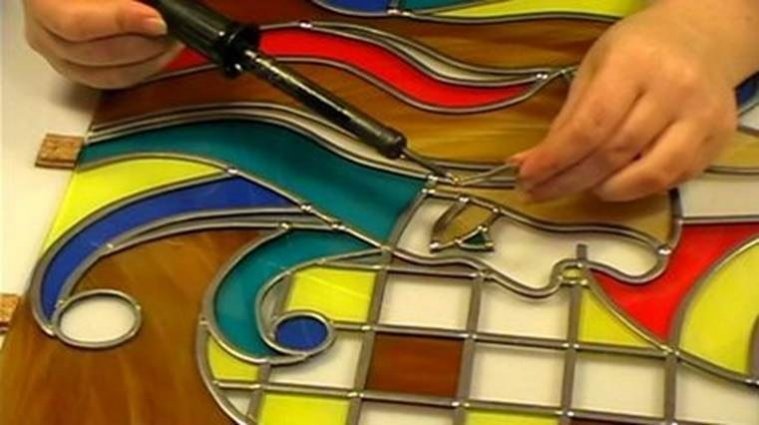 Since the method of stained glass was first invented in the Middle Ages, this technology has not changed.