The Venetian Carnival (Carnevale di Venezia) is an age-old tradition and one of the most famous and grandiose carnivals. Chic costumes, pompous events and endless parties for two weeks, a huge flow of tourists make the Venice Carnival one of the biggest events in Italy. However, thanks to unsurpassed masks, it is the most unique and exclusive among other famous Italian carnivals.

Carnival became a public holiday in 1296, officially proclaimed by an act of the Senate of the Venetian Republic, but its origins are much older – according to official documents in 1094 were recorded traces of public celebrations in the last days before Lent. Wearing masks and costumes allowed people to hide any differences in class or status. Masked aristocrats and peasants played their fantasies together – they had fun and engaged in illegal activities such as gambling, secret affairs, political assassinations, and dancing and partying all night long. 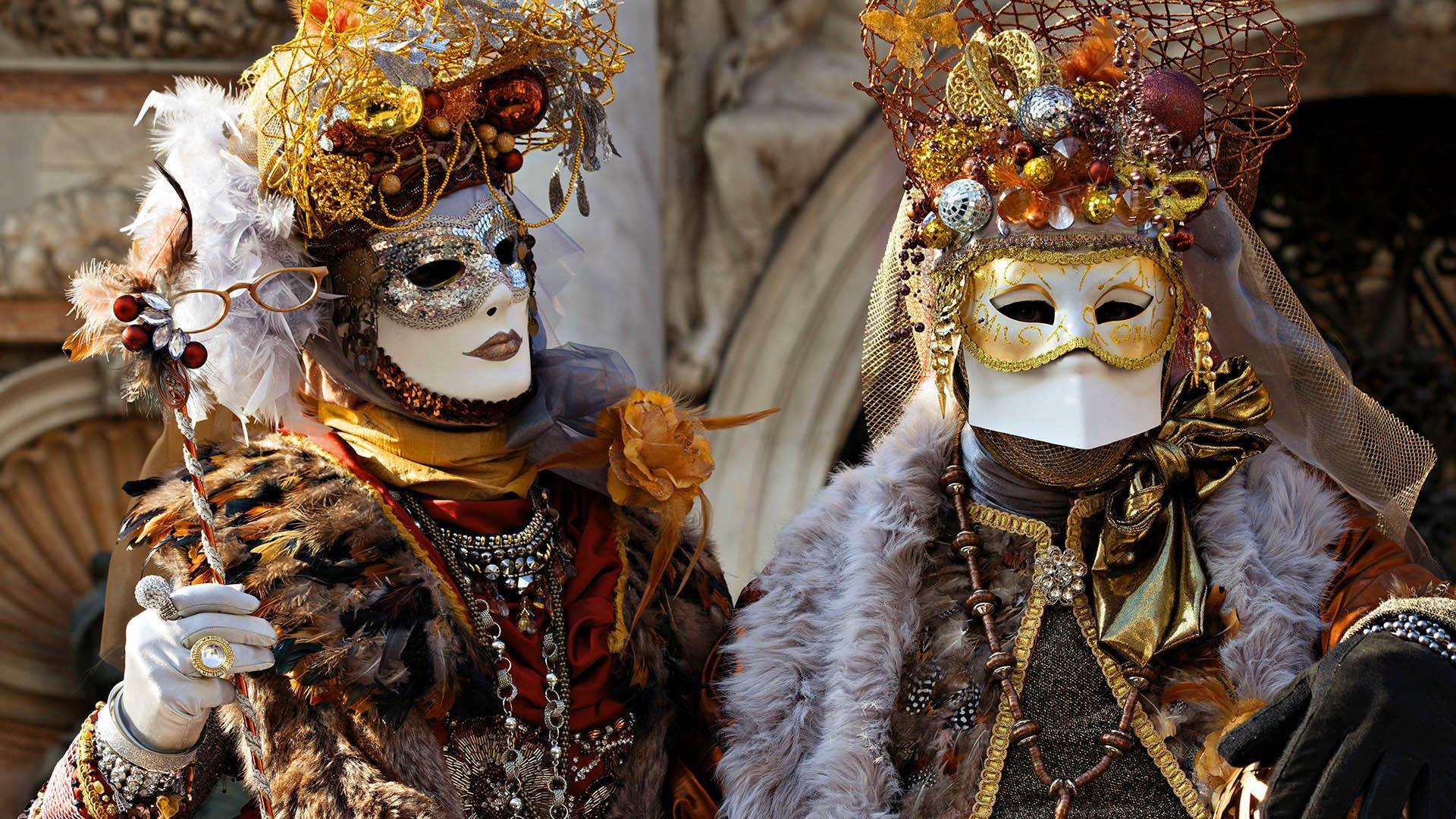 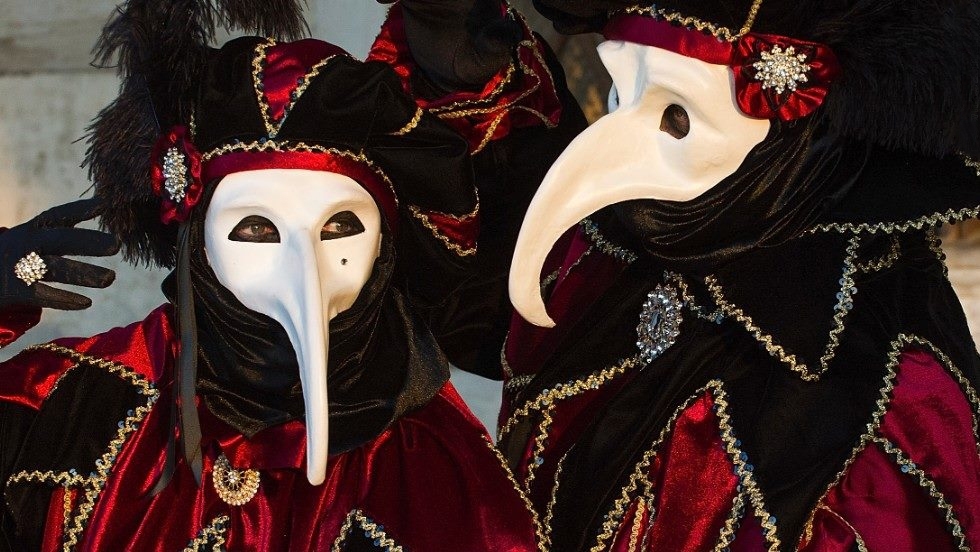 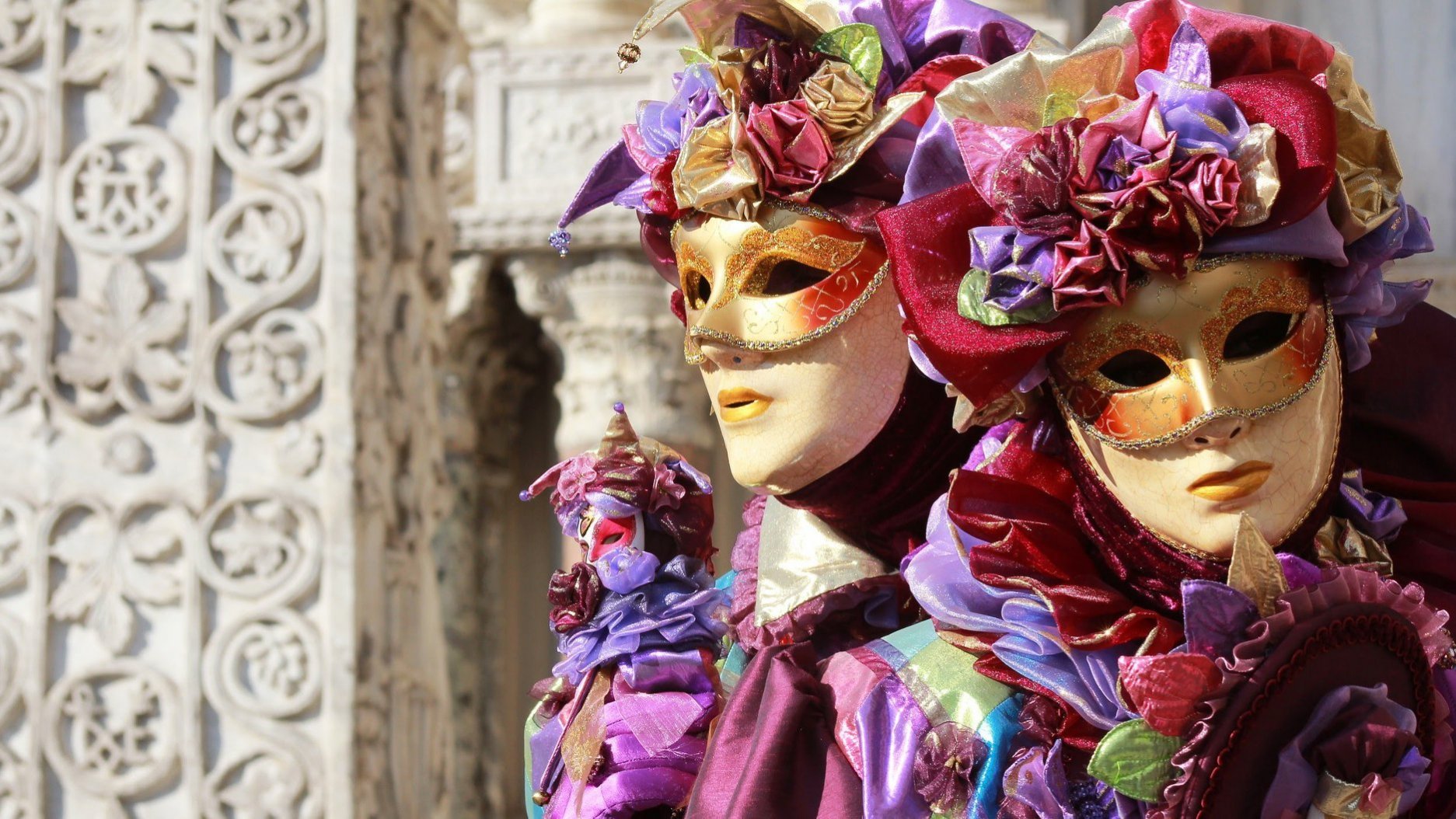 The Medico della Peste (Doctor Plague) long-beaked bird mask was not actually worn during carnivals; This type of mask was developed in the 17th century by the French physician Charles de Lorma, and was worn by physicians who treated plague victims to protect themselves from airborne diseases. Fans of carnivals began to wear the decorated version as a memorable gift – memories of their mortality.

The carnival gained the widest popularity and prestige in the XVIII century. It was during this period that the famous Italian adventurer, traveler and writer Giacomo Casanova spent his life in Venice, torn between parties and love affairs. At the end of the century, from the French conquest of the republic and the Austrian occupation, the wearing of masks was banned, but the carnival was preserved, although the scale was reduced to an island, and only in 1979 the old tradition was restored.

Early Venetian masks were quite simple to make and design, and after carnival in Venice for almost two centuries, they served a very practical purpose: women were not allowed to go to the theater without bauta, which covered their faces. Today, making Venetian masks is a special unique art. They are made of plaster, a mixture of white paint, with elements of gold leaf, hand-painted using natural feathers and precious stones as jewelry. 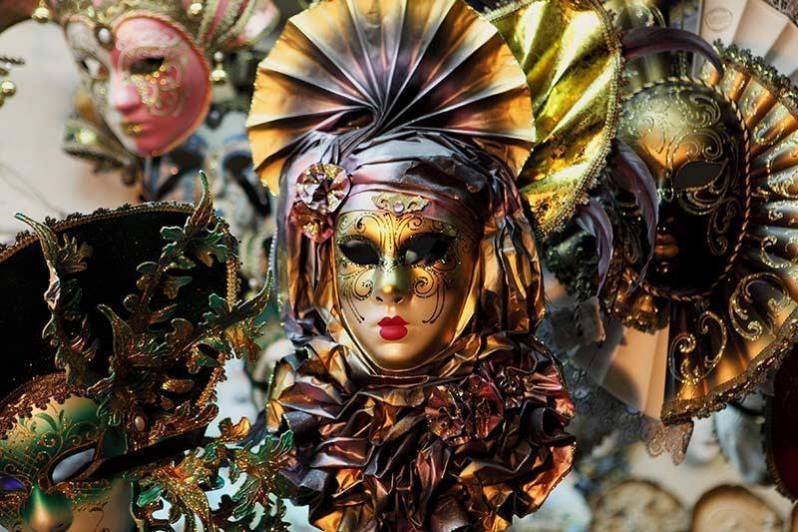 Bauta is considered a traditional Venetian mask, and the word itself comes from the German behüten, which means to protect. It is always white, with a lot of gilding, as well as without a cut for the mouth, used mainly to hide the main features of the face. The mask has a square jaw line so that its owner can easily speak, eat and drink without removing the mask, and thus maintaining their anonymity. This mask is always worn, complemented by a red cloak and tricolor hat.

Columbina (also known as Columbine and Columbino) is a half mask often decorated with gold, silver, crystals and feathers. It is held close to the face with a special cane or tied with a ribbon, like most other Venetian masks. One of the first actresses in the Commedia dell’arte, Columbine, considered her face too beautiful to completely cover it, so she wore a half-mask specially designed for her. 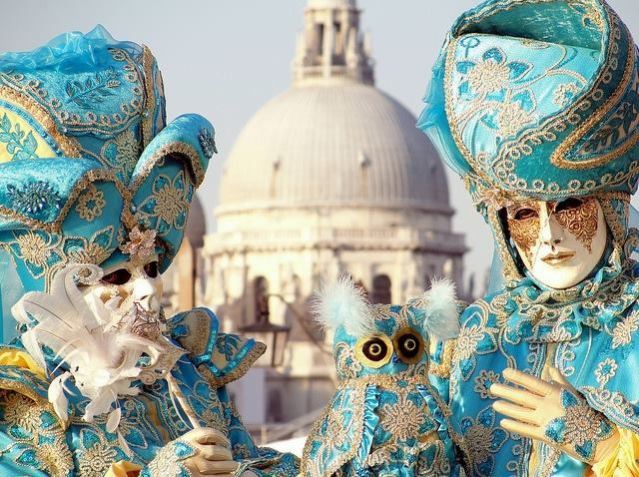 The Moretta mask, invented in France, was quickly adopted by Venetian women because it emphasized facial features. Initially, the mask was worn by women who visited monasteries, holding a specially placed button between their teeth, which ensured their vow of silence. Modern Moretta masks are much more comfortable to wear – they are easy to tie.