Japanese embroidery (nihon shishu) is over a thousand years old and originated during the Kofun period. In the early stages, only objects used during religious ceremonies were decorated with this technique.

According to historians, since the early Heian period, Japanese embroidery has been used mainly to decorate the costumes of court ladies – only the upper classes could afford such expensive work. 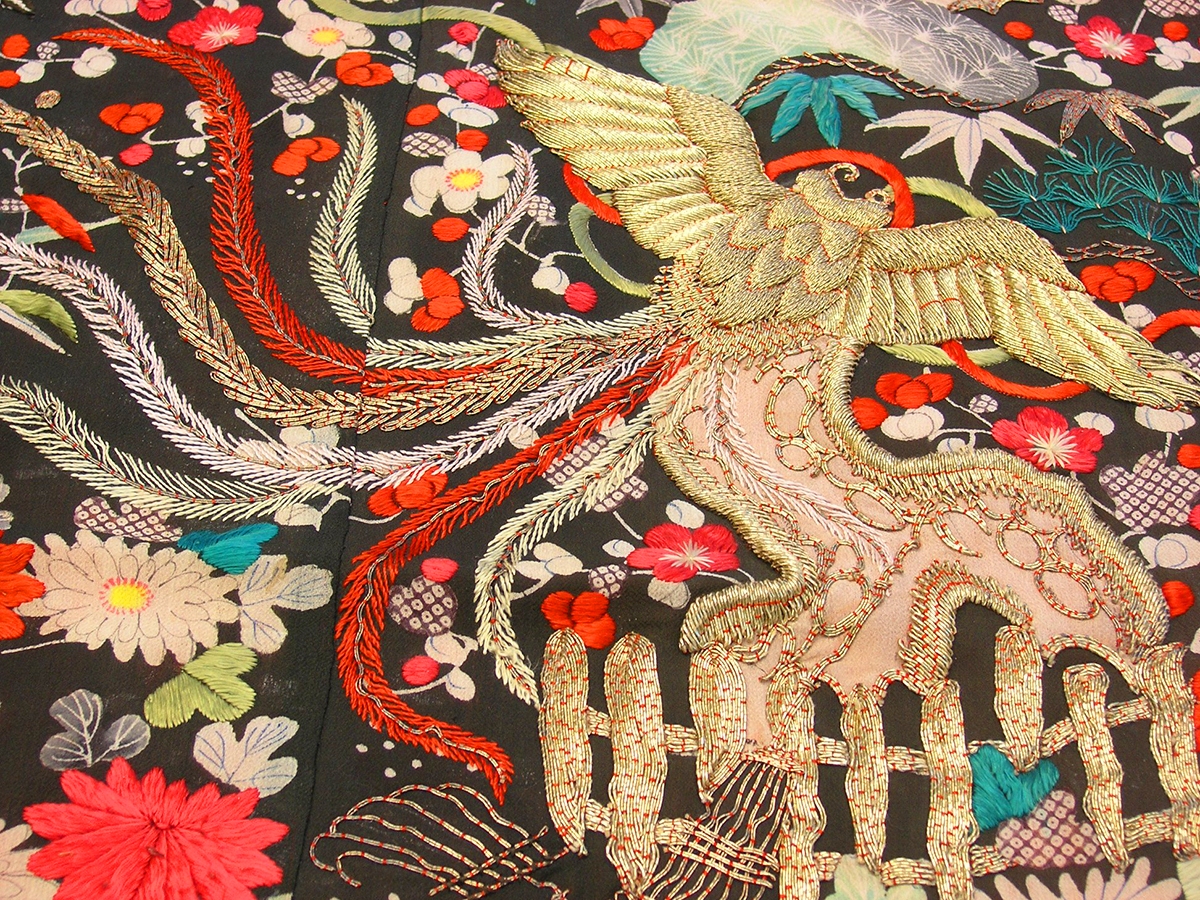 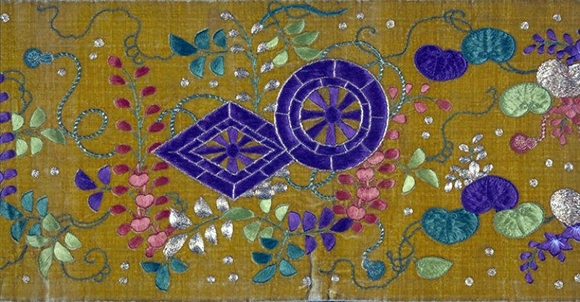 In addition to flowers, Japanese embroidery has cultural connotations and represents various aspects of life and animals. Dragonflies symbolize classes of warriors and are often used as a motif on military weapons. So, the grandmother represents victory. Cranes (tsuru) became a symbol of longevity and good luck, and swallows (tsubame) – a symbol of fidelity in marriage and fertility. Dragons (ryu) are believed to bring prosperity and help to avoid evil, as well as a symbol of good luck or royal power. Carp (koi) primarily symbolizes perseverance, but also represents fidelity in marriage and good luck. 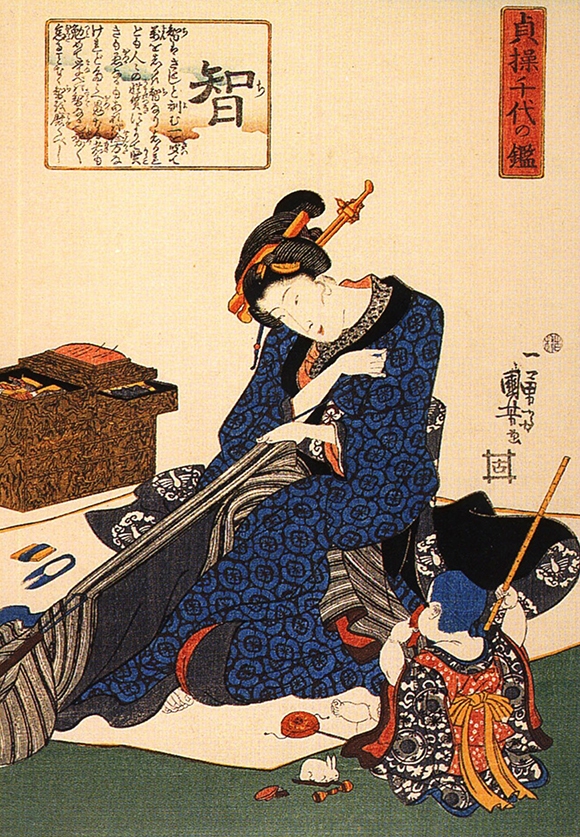 Many kimonos are decorated with Japanese embroidery. Previously, kimonos were a defining item of clothing for aristocrats, who wore them as a symbol of their status and wealth. Nowadays, kimonos are often worn by geishas or worn at formal events such as weddings and tea ceremonies. 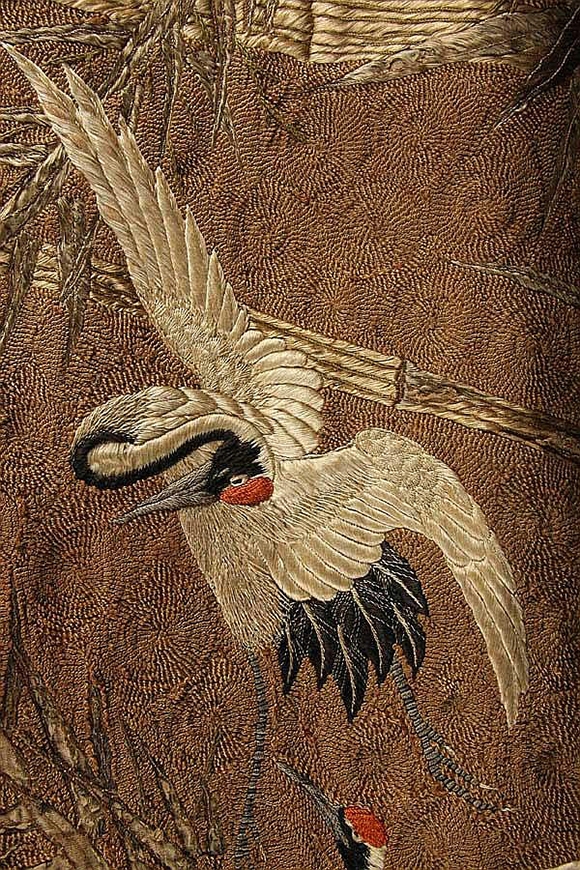 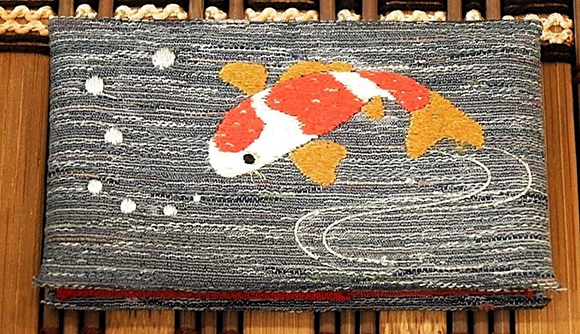 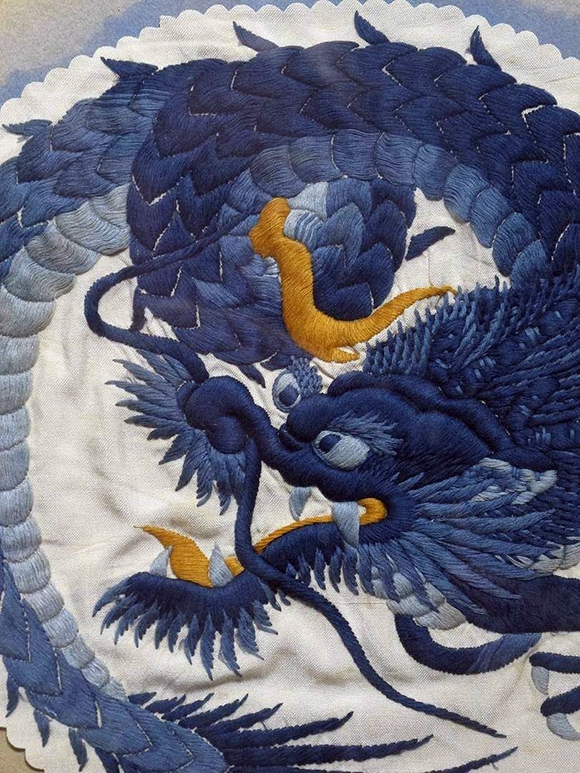 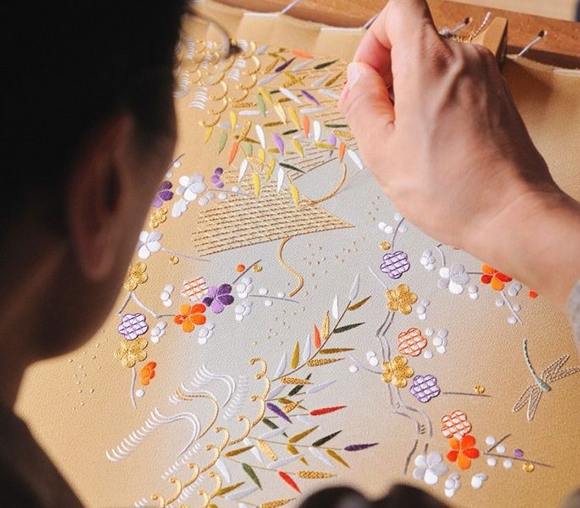 Floral motifs are one of the most common design elements in Japanese embroidery. Botanical symbolism is so popular in Japan that it is considered its own language – Hanakotoba (Hanakotoba) or “language of colors”. Each flower has meaning and can be used to convey certain emotions or moods without the need to use words. Cherry blossom (sakura) – a symbol of renewal, beauty and ephemerality of life. Chrysanthemums (kiku) represent the royal beauty, longevity and rejuvenation, are a symbol of the Emperor and the Imperial family: images of this flower can be found on Japanese passports, 50 yen banknotes and the Imperial seal.