Kumihimo (Japanese: 組紐) is a Japanese tradition of cord weaving, a special kind of needlework that originated around the 6th century. Cords and ribbons are made by weaving strands, forming a strong decorative braided rope. And the name itself translated from Japanese means “collected threads”.

Kumihimo is an ancient craft whose intricate patterns and techniques were passed on orally by members of families and guilds to keep them secret, a tradition still practiced in some kumihimo schools.

The first masters of kumihimo made cords completely by hand, using a peculiar form of weaving from a loop. Later, special wooden machines in the form of a round stand or square frame came to the rescue.

The threads, which were traditionally bundles of fine silk fibers, were wound on tama spools, which served as a kind of weight to ensure the tension of the threads during weaving. 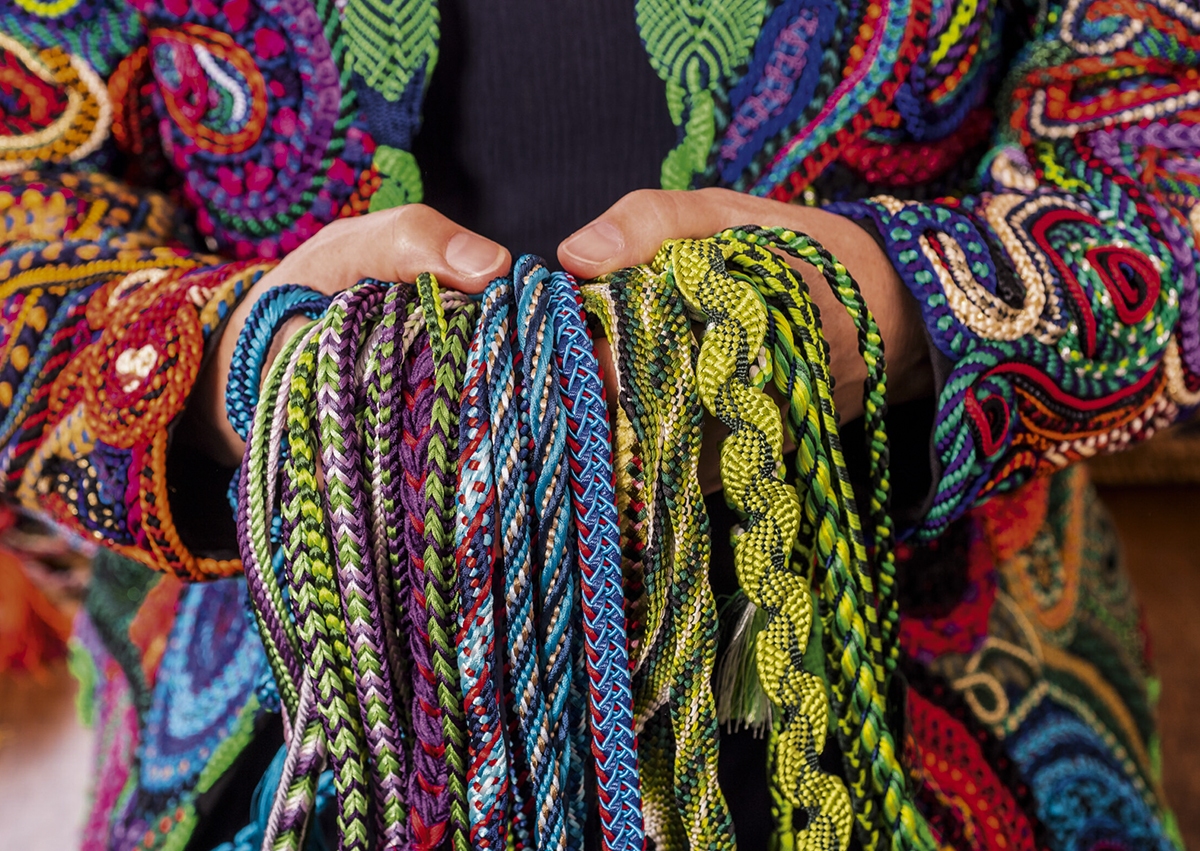 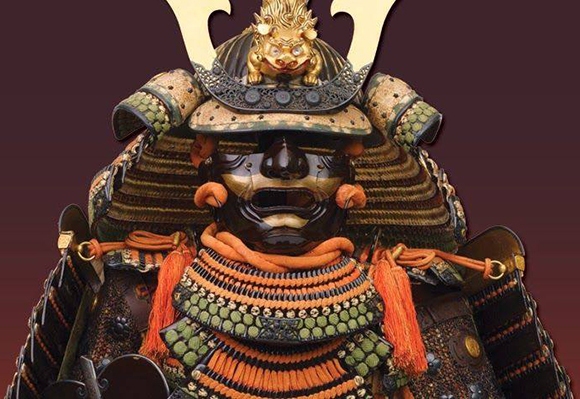 Cords can be round, square, flat or hollow. Traditionally kumihimo are woven on special machines. For example, the maruda machine (round stand) is used for weaving round, square, flat cords, takadai (square stand) – flat or square, and the device karakumidai – for flat tape. 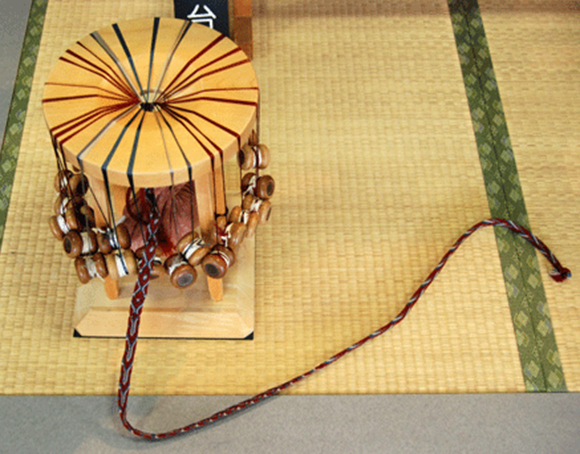 Ribbons and cords were woven into a wide range of applications, from kimono belts to samurai armor, as well as in religious rituals and ceremonies to decorate temples, altars, sculptures of gods and other ritual objects. And kumihimo, woven from threads of certain colors, were considered talismans and talismans that bring good luck.

In modern Japan, kumihimo cords are used as belts on haori jackets (Japanese straight-cut jacket without buttons, worn over a kimono or hakama), with which both (different types of Japanese belts) are attached to the kimono to hold in place. Now kumihimo laces are very popular around the world: in this technique make all sorts of jewelry for the arms and neck, various accessories to create hairstyles. They are also added in the form of design elements for various clothing, bags and other accessories.

Traditionally, kumihimo is woven from silk threads, but now, in addition to silk, other threads are used in the process of making laces: artificial silk, viscose cords, ribbons, embroidery threads, Chinese knitting cord, wire, beadwork and other cords and fibers, various by thickness, structure and type.

There are hundreds of different patterns and designs of ribbons and cords, in the process of which different amounts of threads are used – from 4 to 100 and more, as well as different in complexity weaving schemes to obtain cords with different cross-sections. 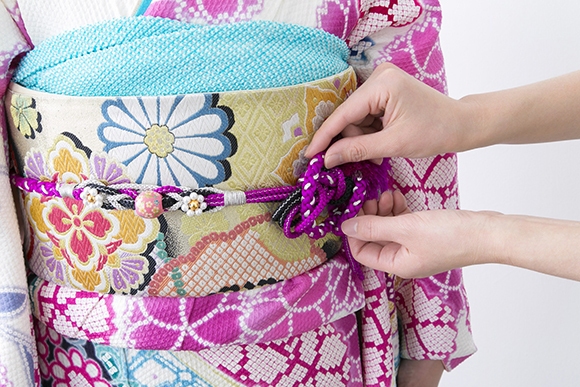 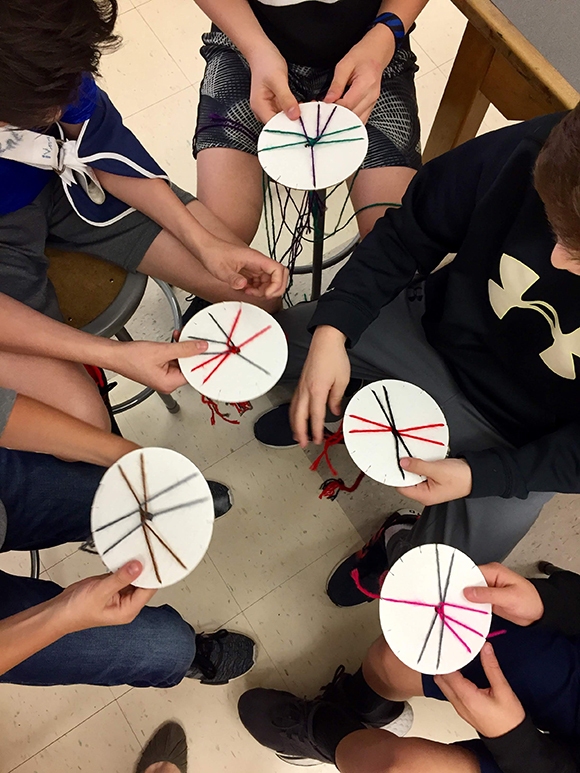 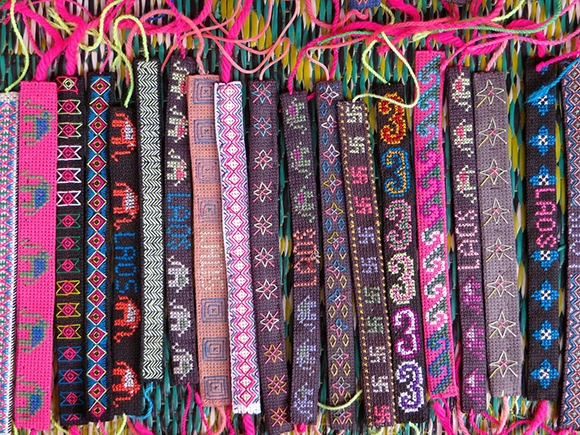