Kantha is a popular style of embroidery that came from West Bengal. It is a significant symbol of the art, skill and talent of rural women in the region due to its unique ability to convey history and use it as a form of personal and artistic expression.

The difference between this type of embroidery and others is the widespread use of the “forward needle” seam, otherwise known as kantha. The thread used for stitches is often taken from old saris or dhotis. Embroidered motifs and patterns cover almost the entire surface of the fabric, and the reuse of stitches gives it the effect of wavy and crumpled. 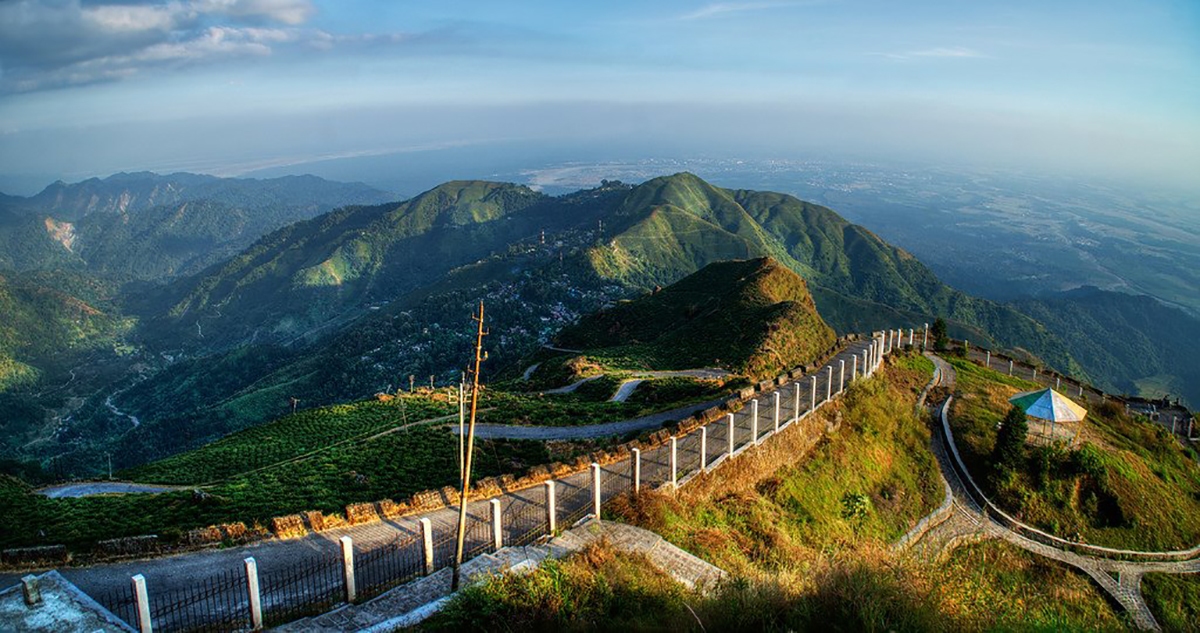 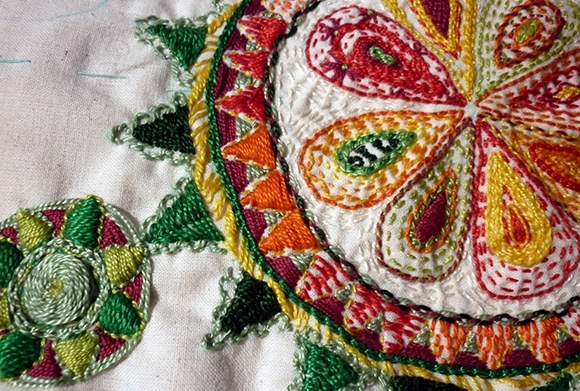 Depending on the further purpose and application, there are 7 different variations of kantha embroidery: 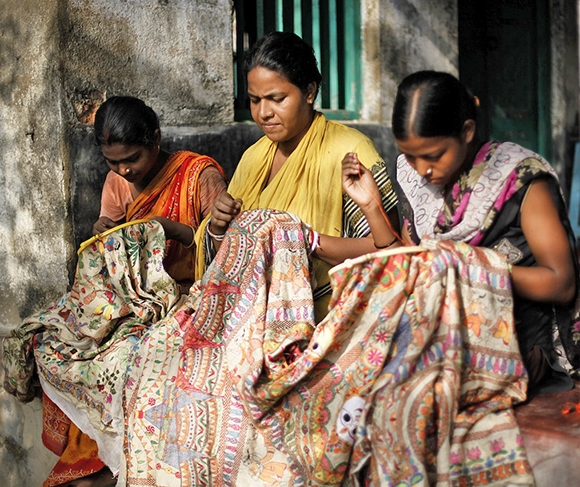 Translated from Sanskrit, kantha means “rags”, as this style of embroidery laid the foundation for the reuse of old or unused fabrics and garments – saris and dhotis – to create home decor items: quilts, bedding, pillowcases and more.

The motifs used in the embroidery were also the identification of any community. Muslim kantha embroidery was done in the form of geometric patterns, while Hindu embroidery included religious motifs and patterns such as lotuses, tigers, peacocks and various deities.

The modern technique of kantha embroidery is not performed on layers of numerous old saris or dhotis – white cotton or silk fabric is now very popular as a basis. The main motifs and patterns are still traditional symbols: trees, sun, lotus, animals, birds and more.

Works embroidered in the kantha technique are used for ceremonial purposes, including births, marriages and other occasional pujas (one of the main rites of worship and worship in Hinduism). 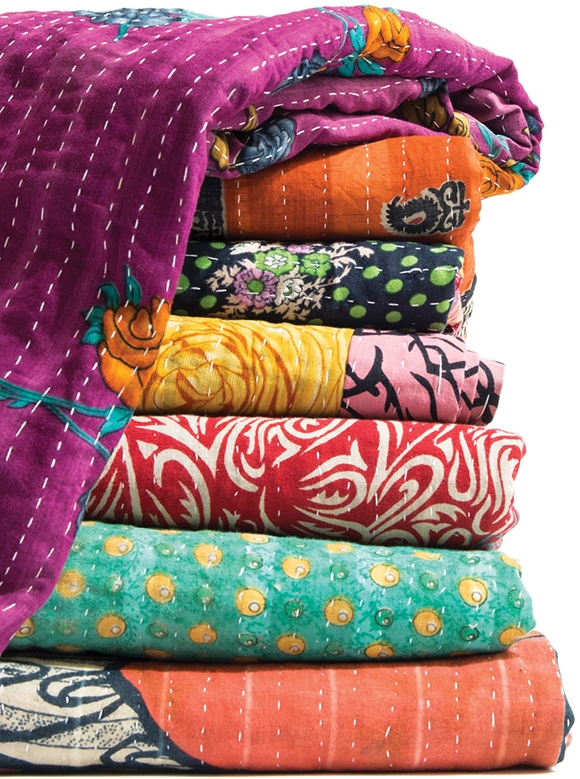 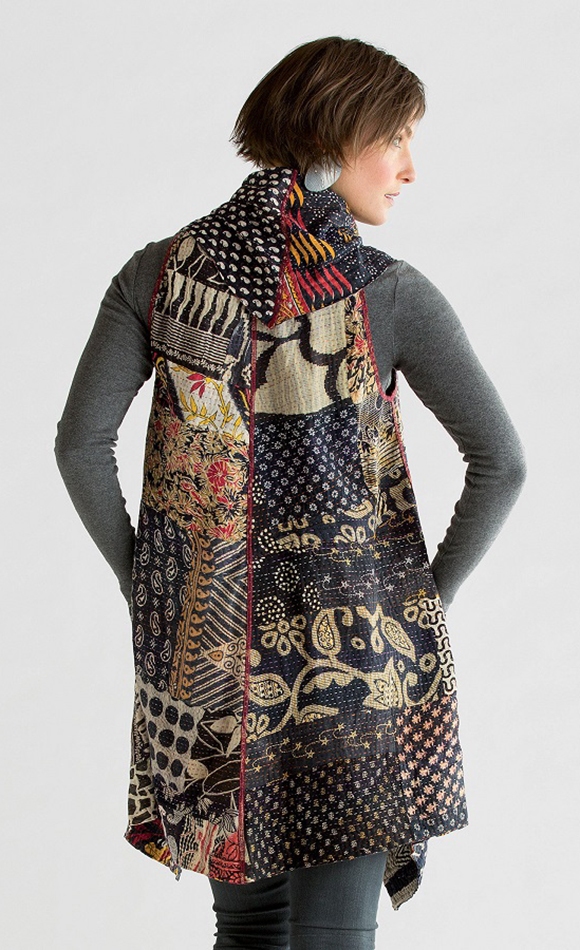 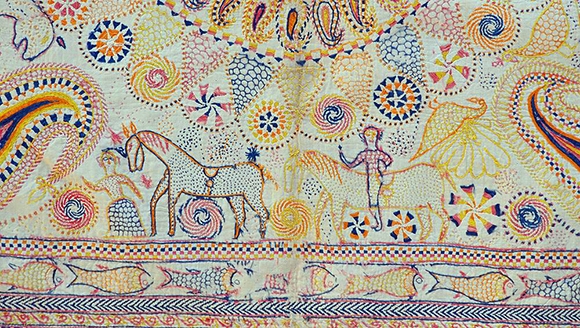 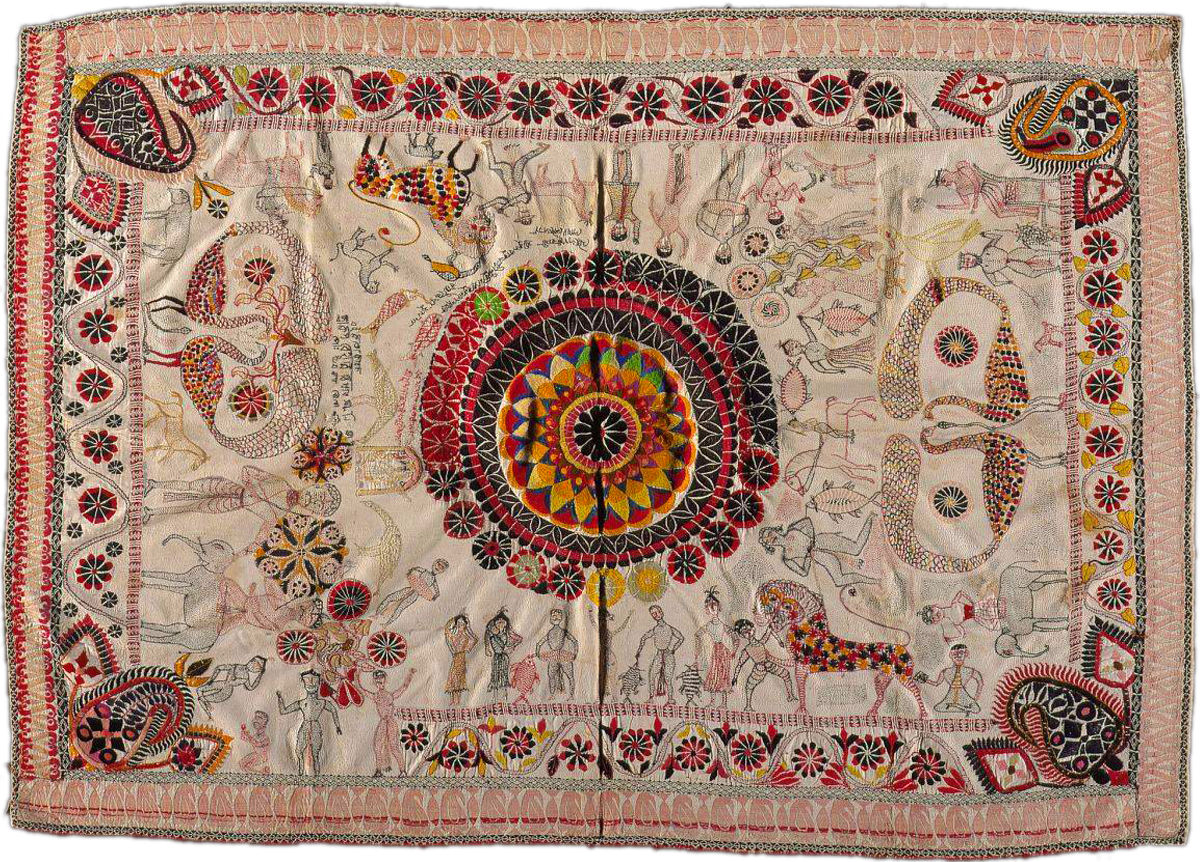