There are many fruits that can be used in this process, but the most popular are watermelons, apples, strawberries, pineapples and melons. 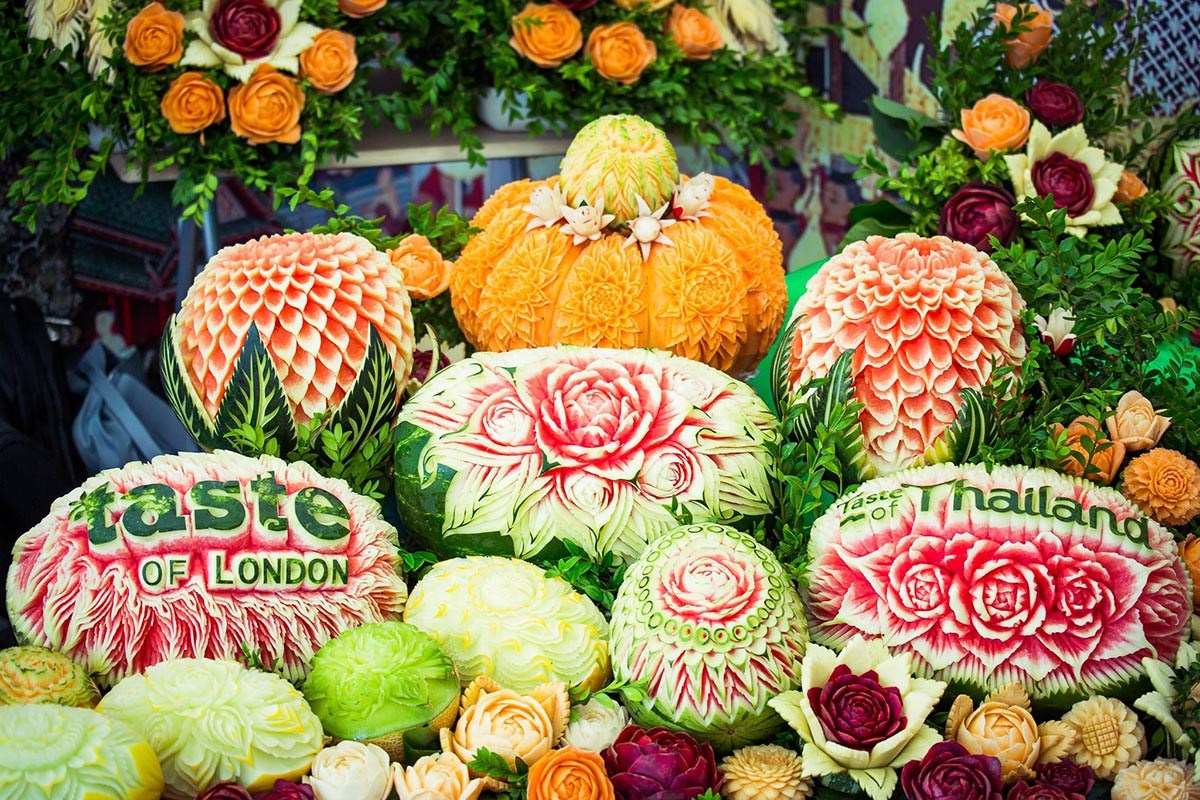 There are similarities between Chinese and Japanese techniques – the typical use of images of hieroglyphs, symbols of feng shui, figures of people, plants and animals, which are cut with stencils and notches. Battle scenes, dragons and traditional congratulatory inscriptions for various holidays are also often depicted. The image of orchids is widely used in Thai carving, which led to the active use of flower arrangements in the decoration of dishes.

It is believed that the art of making carved fruit compositions originated in Southeast Asia, first in China and then spread to Thailand.

The Japanese art of culinary carving is called mukimono. It largely repeats the Chinese plots, but differs in the use of a universal knife for processing seafood (hocho). Mukimono appeared in ancient Japan to make food more attractive, as the food was served on an unglazed clay plate that looked rough. Fruit carving is now an important part of the training of Japanese chefs. 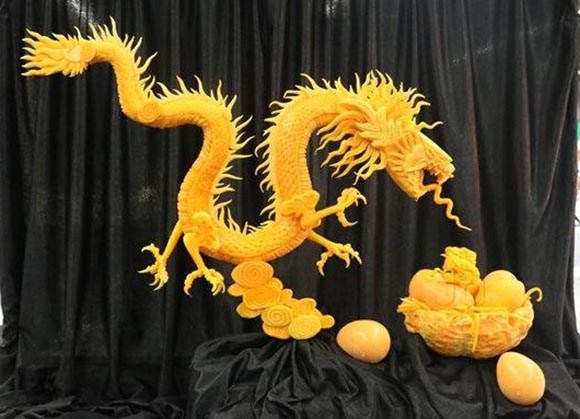 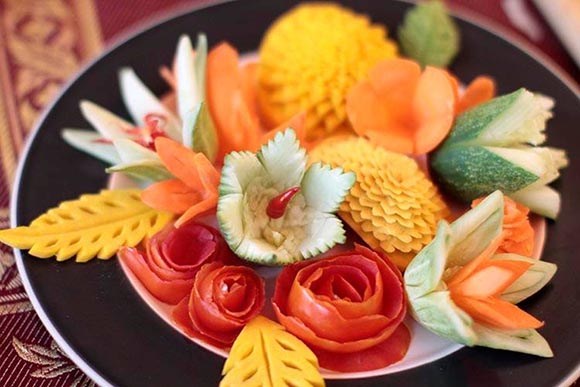 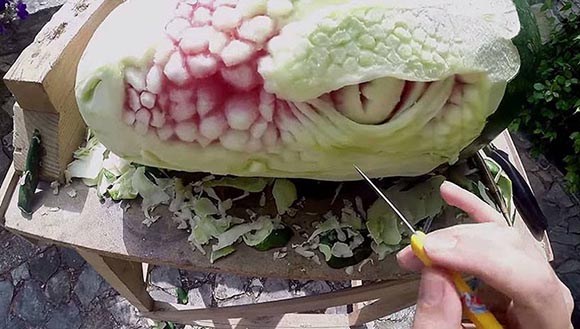 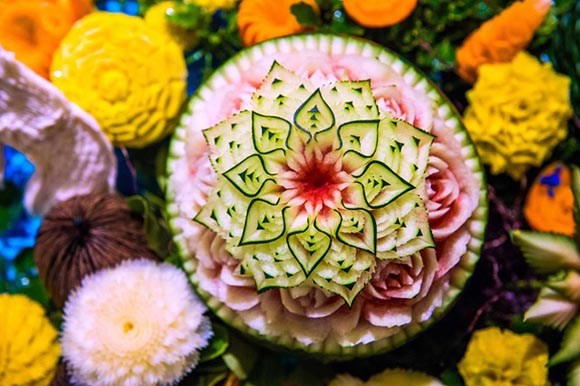 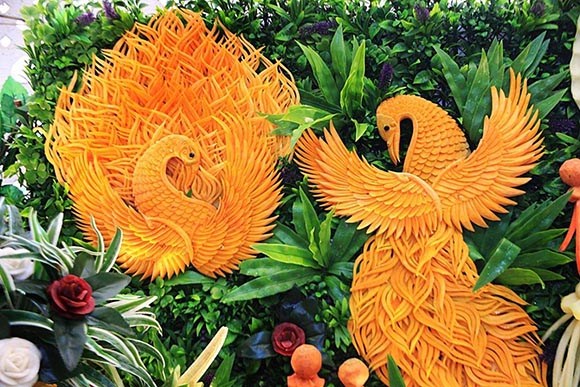 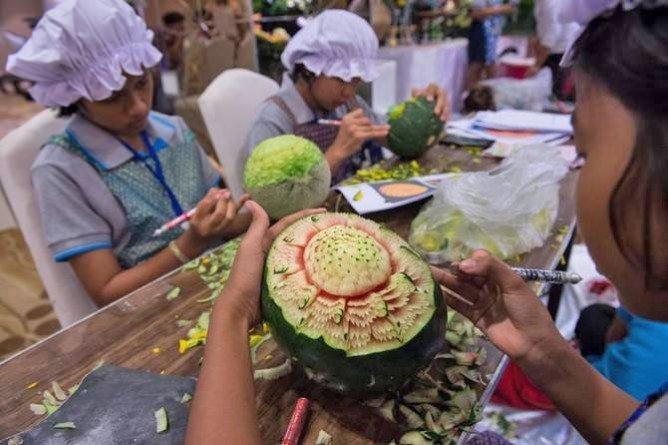 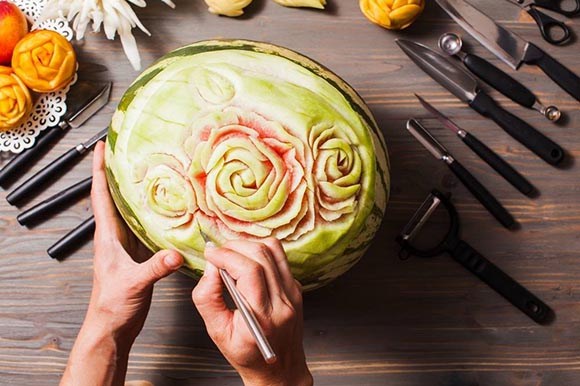 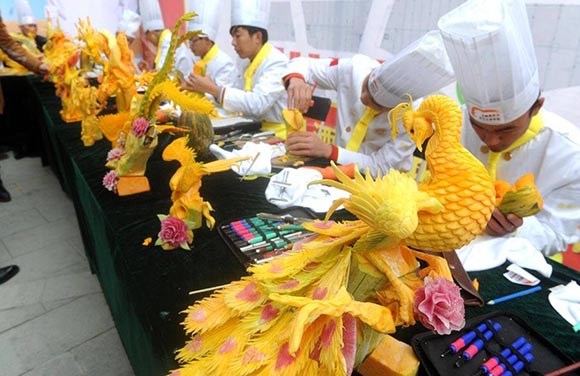 Masters in China usually depict mythological creatures and animals. In particular, watermelon and melon carvings have been and remain very popular here. Chinese fruit carving is used to tell legends and stories.

Fruit carvings are an important part of Thai cultural heritage. Watermelon carving dates back to the XIV century – the reign of the Sukhothai dynasty. In Thailand, the annual Loi Krathong Festival is held in November, where Thais let lamps and lanterns down the river in honor of water spirits. Legend has it that one of the king’s maids decorated his lantern with a watermelon on which floral patterns were carved to impress him. He was so comforted that he encouraged all Thai women to follow suit. The king also demanded that fruit carving be part of the primary school curriculum.